Clinical Report of Dr. B. Leroux in the Treatment of Cases of Chronic Bronchitis

Justification of the Therapeutical Trial

The cases of chronic bronchitis were frequently observed in pediatrics. The significance of mucus modifiers in the treatment is in fact, as witnessed in numerous publications and congresses that have treated it and among those that cited the latest symposiums: Mucus and Respiratory Illnesses, Paris, October 1988 and Bordeaux, May 1989, the relevant cases of chronic bronchitis that have come about due to various causes.

Recurring infections in the E.N.T. sphere:

It has to be added:

Most of these etiologies are worsened by the eventual existence of an allergic ground or by a bronchial hypersensitivity originating from exogenous such as passive tobacco.

Clinical tables carried out at the time during chronic bronchitis, are dominated by the inflammation of Chronic Bronchial Tracheal with the huge mucus secretion, an unwieldy factor, and persistent cough. The inflammation favors the appearance of frequent episodes of viral or bacterial infection modifying the characters of bronchial secretion that become purulent.

The etiological diagnosis reached by chronic bronchitis and the evaluation of the respiratory function sometimes requires complimentary extensive examinations such as bacterial and viral radiology, immunology, endoscopic examinations, functional lung tests, and etc.

The treatments of Chronic Bronchitis consists of avoiding an aggravated evolution and is sometimes torpid from pathological bronchopneumonia against the definite internal injuries, particularly in the dilatation type of the bronchial tubes, in which the seriousness is known for the prognosis pulmonary function and vital in long terms.

Further, the treatments call for aid from the following:

If the interest of these treatments is undeniable, the disadvantages could be underlined by the following:

In the choice of treatment in the curative and prevention of Chronic Bronchitis, the interest is to benefit sometimes through therapeutic ways which are effective, non-poisonous, has a practical way of administrating and lastly, not expensive.

Since 1924, the Haarlem Oil was already used in France. It has a monograph from Vidal which was viewed by the Alexandre Commission, Star Monograph 1981.

The matter of sulfured terpenes, in which the properties are that of the components, oxides of organic sulfur, terpene essence from turpentine, has a strong antiseptic action linked to the properties of turpentine essence.

There were modified actions clarified from the numerous secretions especially bronchial linked with sulfur.

The diffusion of Haarlem Oil is large in the organism, as it was experimentally shown by pharmacological studies. Its benefits are aimed at the digestive absorption, biliary elimination, tissue distribution, constant plasma and excretion of S35 in rats, after a unique oral dose of Haarlem Oil with therapeutic dose of 10mg/kg.

The study of Professor Jacquot (1984) shows an important tissue distribution and precociously, 15 minutes and an hour, at the level of the bronchial-pulmonary tissues. The anti-inflammatory action is experimental as reported in a study by Professor Jacquot (1986), which notes a significant elevated action of Superoxide dismutase (SOD), probably by elevation of the thiols in the plasma. The absence of toxicity in Haarlem Oil relieves the three orders of established facts. 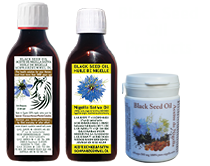 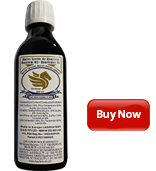